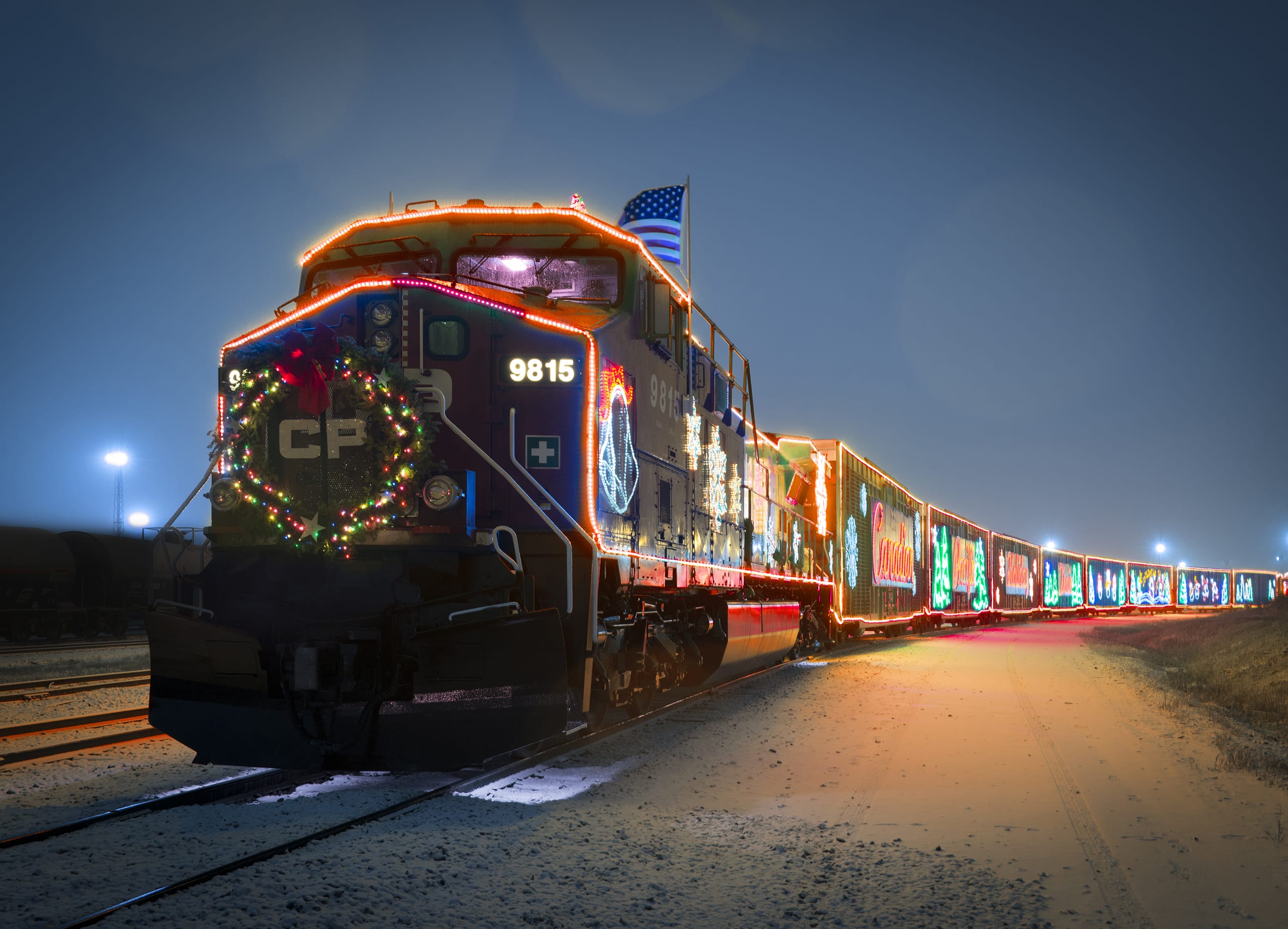 The Canadian Pacific Holiday Train returns to Cottage Grove for the 20th Anniversary of the Cottage Grove Area Stop, on the evening of Monday, December 12, 2022.
The brightly lit train will arrive with a trainload of fun and entertainment at 5:00 p.m. Performances by Alan Doyle and Kelly Prescott will begin at 5:15 p.m. from the train stage. Come as early as 3:30 p.m. to enjoy the festivities.
****WHAT TO EXPECT****
Holiday Train shows are free to attend. Canadian Pacific (CP) asks attendees to bring a cash or toiletry item for donation if they’re able. Because local food shelves buy food at a discount, cash donations go further than food donations to help those in need.
****ADDITIONAL DETAILS****
• Free Wagon Rides from the Park & Ride lot: Sponsored by Zywiec’s Garden Center and the City of Cottage Grove. Rides will begin at 3:30 p.m. Note: Parking at the Park & Ride lot is limited.
• Visit with Santa and enjoy some holiday music before the train arrives.
• Browse merchandise for sale including flannel pajama pants for children and adults, beanie stocking caps, insulated tumblers, ¾ sleeve jersey shirts, sweatshirts, knit caps, fleece mittens, fuzzy socks and holiday train patches! A percentage of the proceeds benefits Friends in Need.
• “The Lodge” Warming Tent, sponsored by RE/MAX Professionals.
• Glo-sticks will be given to children in attendance courtesy of Old National Bank, Merchants Bank and Spartan Promotional Group – Mary Slusser (while supplies last).
• Free hot cocoa and cookies, courtesy of Cub Foods (while supplies last).
• Free coffee, courtesy of Caribou Coffee (while supplies last).
• Food Trucks
—*D&D Goodies: www.dndgoodies.com
—*Northwoods Smokehouse: www.northwoodssmokehouse.com
—*Rollin Nolen’s BBQ: www.rollinnolensbbq.com
—*Steven D’s: www.facebook.com/StevenDsmn
—*Youniverse Foodie: www.youniversefoodie.com
*A percentage of proceeds from each food truck benefits Friends in Need Food Shelf.
****LOCATION****
West Point Douglas Road, ​South of Seiben Bridge, in front of Youth Service Bureau.
****PARKING****
• Metro Transit Park & Ride Lot on West Point Douglas Road (Wagon rides, courtesy of Zywiec’s Garden Center & the City of Cottage Grove will be provided)
• All Saints Lutheran Church: 8100 Belden Blvd, Cottage Grove
• Limited handicap parking can be found in the Youth Service Bureau Lot
****ADDITIONAL DETAILS****
The Holiday Train is a great way to get into the festive spirit. The train is about 1,000 feet in length with 14 brightly decorated rail cars. Each car is decorated with hundreds of thousands of LED lights and holiday designs celebrating the spirit of the giving season. Visitors can enjoy free musical performances by Alan Doyle and Kelly Prescott at each stop, and your food or cash donations will benefit the Cottage Grove local community.
The Holiday Train is truly a gift to our communities. This event makes up 25% of our total donations for the year. Last year our communities raised $146,074.00 for our local Friends in Need Food Shelf; 501(c)3 # 41-1794212. In the past 19 years, the Holiday Train event in Cottage Grove has raised over $1,601,324.87 for our local food shelf. This year, a goal of raising $90,000 was set.
If you are unable to attend the event and would still like to donate to the Friends in Need Food Shelf, please send checks payable to the Friends in Need Food Shelf, noting “Holiday Train” in the memo line. Checks can be sent to the Friends in Need Food Shelf, P.O. Box 6, Cottage Grove, MN 55016. 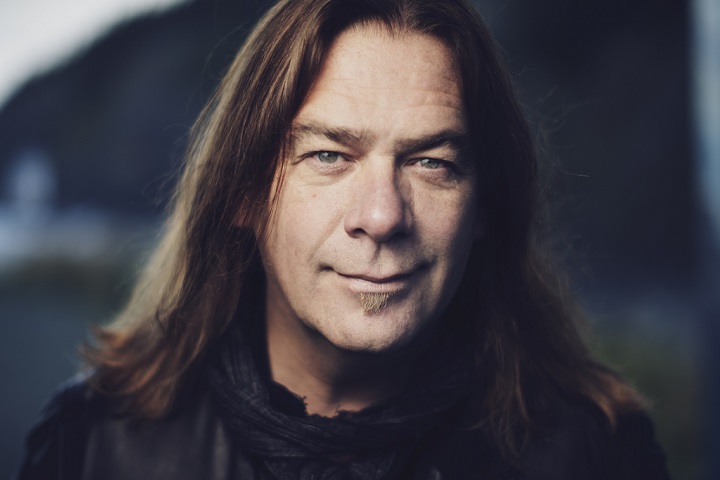 Born in Petty Harbour, Newfoundland and Labrador, Alan Doyle is a singer, songwriter, and actor who rose to fame as the enigmatic frontman for acclaimed Newfoundland folk-rock band Great Big Sea. During their commercial peak from the late ’90s to the mid-2000s, the band’s energetic fusion of traditional Celtic fare and sea shanties earned them international success far beyond the shores of their island home. Doyle launched a solo career in 2012 and released a trio of well-received albums. In addition to his musical work, he has appeared in numerous films and television shows.

Born in Ottawa, Kelly Prescott comes by her music in the most honest way possible as a third-generation singer/songwriter on both sides of her family. Growing up between a tour bus and a world-class recording studio, her childhood was steeped in traditional country music. Kelly and her family made their Grand Ole Opry debut as guests of Terri Clark in 2018. She has toured all over North America with such acts as Alan Doyle, Kyle Cook (Matchbox 20), Terri Clark, Dallas Smith, Jim Cuddy, Colin James, Dean Brody and her former band, The Claytones.